“Don’t eat that!”- Being attentive during dog walks 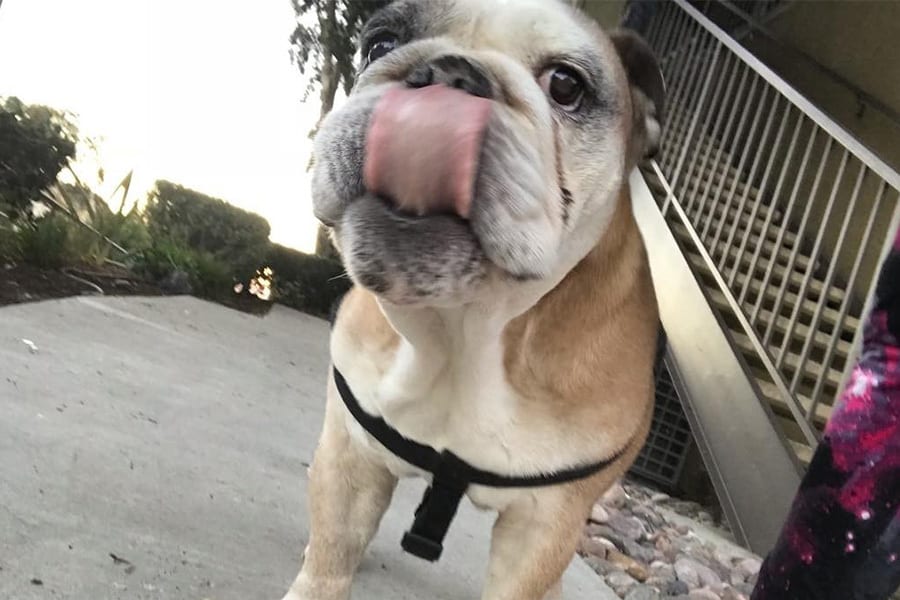 One of the most recent news stories making headlines in San Diego is causing major worry and concern for dog owners. Over the course of the last month there have been numerous reports of mysterious green pieces of meat being found on the ground in the North Park area. North Park is an extremely dog friendly community, just 15 miles south of Rancho Peñasquitos, where JenLovesPets is centralized. Just a week ago a chocolate lab was rushed to the vet immediately, when the dog’s caregiver discovered the suspicious looking item laying nearby. The dog had quickly picked it up but the caregiver was able to retrieve the majority of meat from his mouth. Later, it was discovered that rat poison was put in the middle of this green concoction. Fortunately, there is good news as the dog is doing okay after getting proper medical attention right away.

Watch your dog closely when walking

Thankfully this amazing pet owner was paying close attention to the dog and responded by calling the vet so quickly. Being aware that someone is purposely placing poisoned meat around San Diego is a terrifying proposition for all dog owners. This case is currently being investigated in hopes that this can be stopped right away to prevent any more potential harm. It is unimaginable why anyone would ever do such an evil thing! However, the silver lining in this story is an important reminder to always have your full attention on your dog while walking, like this dog walker was. It is so important to be attentive to your dog and other surroundings- I can’t stress this enough! Dogs are naturally curious and could pick something up in the blink of an eye. Often times at JenLovesPets we feel like a second shadow as we watch dogs like hawks when we walk or play with them in the backyard.

San Diego is a beautiful city with lots of upkept and clean communities. It is unfortunate that a few litter bugs do exist in every city. Trash or food thrown on the ground is not only unsanitary and disrespectful to the environment but it also creates dangers for dogs being walked. With a superior sense of smell, dogs are mostly likely going to quickly sniff out some food that was tossed among their path. Especially keep in mind that list of DO NOT EAT food items for dogs. Some commonly known doggy “no-no’s” are chocolate, xylitol gum, garlic, onion, avocado, grapes, raisins, etc.

Plants and wild mushrooms are frequently encountered during dog walks. It’s a good plan to be aware of what plants are poisonous and dangerous if consumed. It’s helpful knowledge so that you can avoid being around them with your dog. Wild mushrooms, which can be toxic, are common and sprout up in the most random of spots. Keep an eye on your dog and the grass that they’re sniffing in. Many owners don’t realize that some of the plants and succulents they plant in their yards are toxic if consumed. A popular succulent bush known as “sticks of fire” is often spotted among San Diego landscapes. Many people add them into their ravishing backyard set ups, without being aware of how toxic they are for pets.

Teach them to ignore it

From a human’s viewpoint it’s hard to understand why a dog would be interested in wanting to eat trash and food off the ground.  But a dog views it as treasure, something they want to sniff out and explore! The best way to modify the behavior is to teach them to ignore it. As soon as you see them heading towards something they shouldn’t, use the words “leave it”, and change directions as quickly as possible.  Perhaps bring a few training treats along to reward them when they successfully leave it. This helps to reinforce the desired behavior and redirect their attention on you. Another technique that helps is having your dog on a short leash. This means not allowing much slack in the leash so your dog isn’t way far ahead of you. Using a short leash gives the walker more control if you need to guide your dog away from something. If your dog is a scavenger on walks, try avoiding leashes that are harder to control such as retractables.

Dog walking is a rewarding, bonding experience between the dog and the walker. It is a time to connect and give them your full attention that they deserve! Practicing these techniques will not only make a better experience, but they will help keep your dog safe! And remember, if you ever suspect your dog ate something poisonous or toxic then contact your local Vet immediately.

Tricks for Treats- the Benefits of Pet Treats

Walking dogs in the dark

Keep The Leash On! 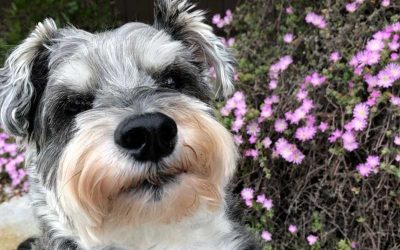 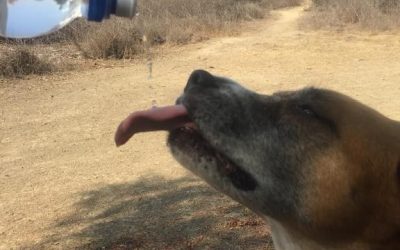 Someone loves your furry family member as much as you and want them cared for by the #1 sitter/dog walker in San Diego. Pet sitting and Dog walking by professionals with passion.

You have Successfully Subscribed!